The site has a total area of approximately 66.000 square metres on relatively level ground. The development involves a modification of the site levels in order to create various units. The beach is sandy with shingles and extends to a sandy seabed with an average depth of two metres at an inshore distance of 30 metres. The length of the local coastline exceeds five kilometres.

In general, the area west of the town of Larnaka is relatively flat, with limited appeal in terms of its natural landscape. Its most prominent feature is the extended unspoilt beach. The wider coastal area is used mainly for agricultural purposes (orchards, vegetable and cereal fields) and is dotted with numerous holiday/retirement home developments. To capitalize on the extensive seafront and the large size of the site, the promoter has commissioned an Australian based international company of landscape architects to create a unique environment for the project. This company of international standing has produced plans for the following:

the creation of lakes and ponds in the heart of the project, surrounded with extensive gardens and green areas. The lakes will have a total area of approximately 3.000 square metres and will be entranced with sidewalks, gazebos, bridges etc.

the transplant of approximately 2.000 young and mature trees.

the installation of water features, such as waterfalls, clear water ponds for fish and birds, brackish water ponds, etc. The roads within the development will have attractive tree islands, pavements, special quality street lighting, all designed to create a pleasant environment.

the project will have its own tertiary sewage treatment plant which will produce water suitable for irrigation.

an area of 6.000 square metres of beach land will be designated for public use and enjoyment.

all public utilities will be underground, while the street lights and lampposts will be imported from Italy.

the water features will be enriched with fish and resident birds, including pelicans, swans and ducks imported from Holland.

mature trees from Cyprus, Israel and Spain will be planted throughout the project. These include cypresses, olive and carob trees, poplars and palms, as well as pine and other forest trees. Other colourful plants include bougainvillea, flamboyant, exotic trees, etc.

Overall, only 18% of the total area of the estate will be built up, 56% will be dedicated to common and private gardens and green areas, with the remainder allowed for roads and footpaths. 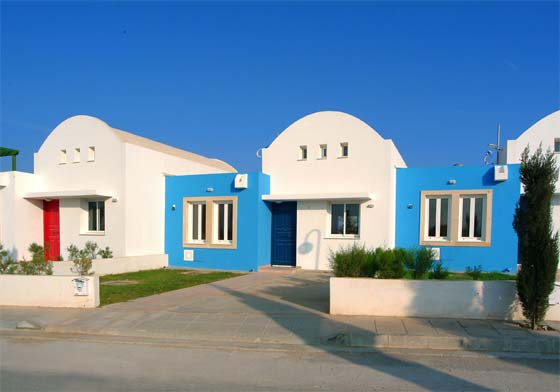 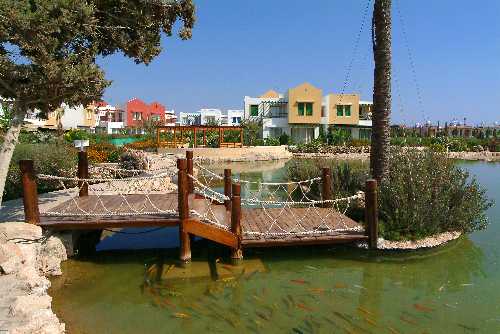 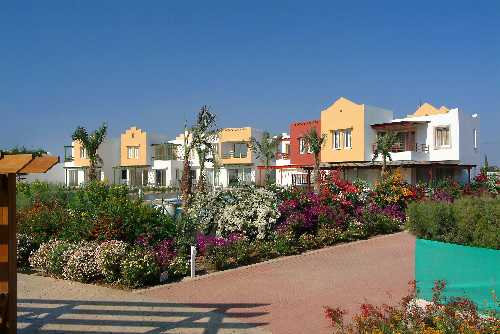 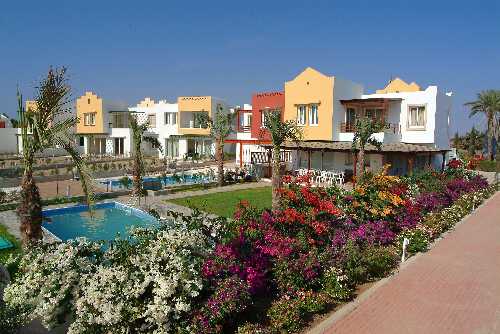 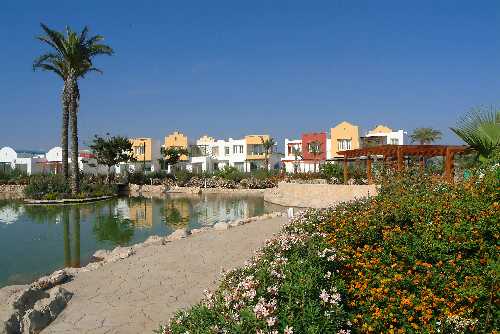 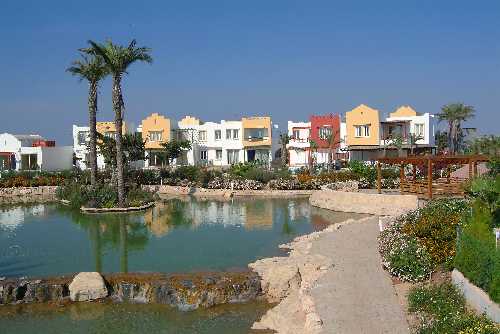 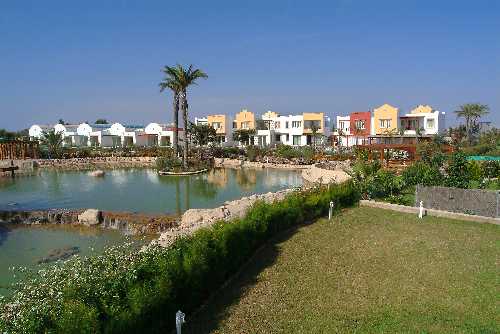 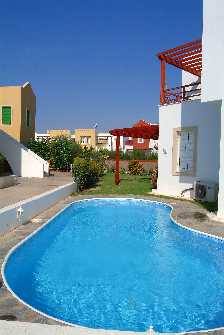 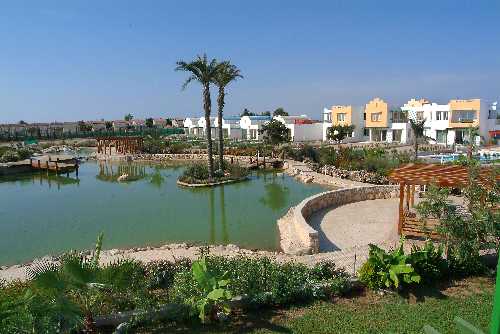 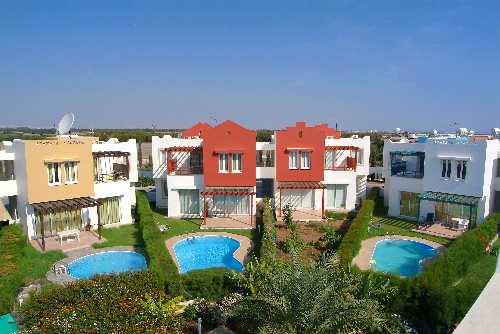 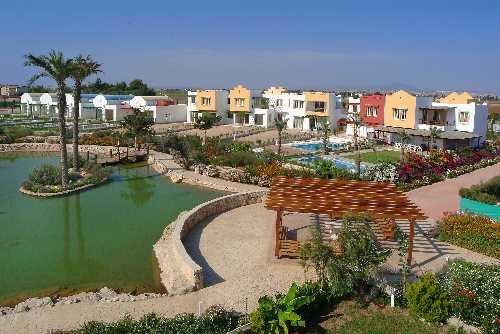 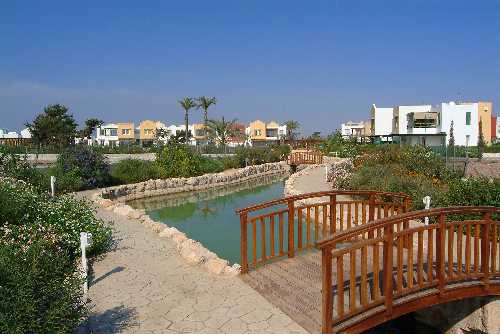 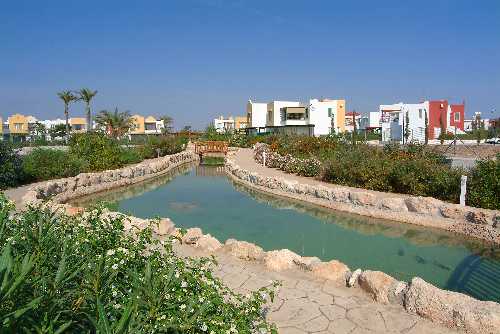 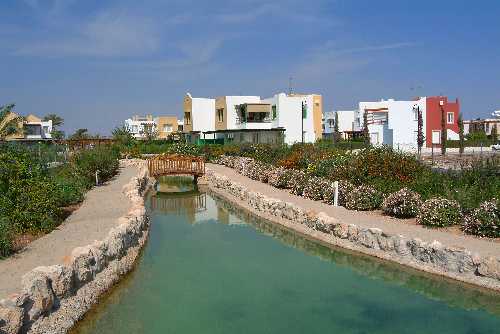 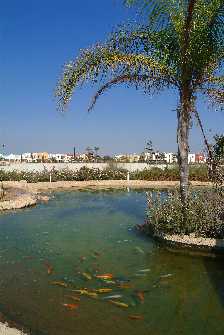 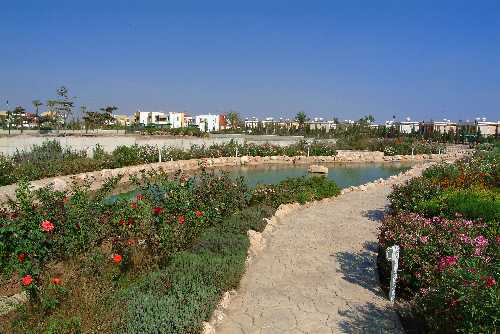 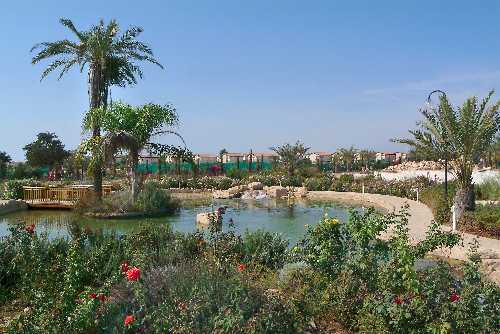 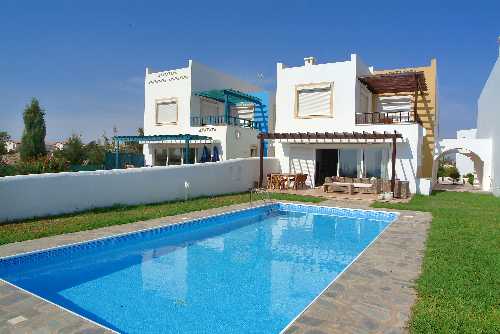 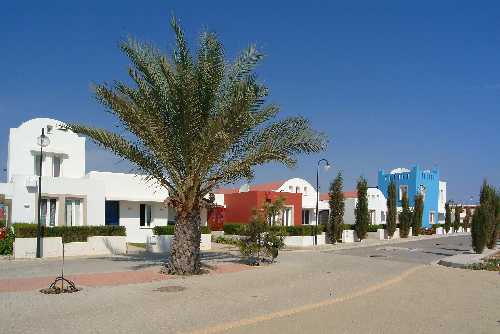 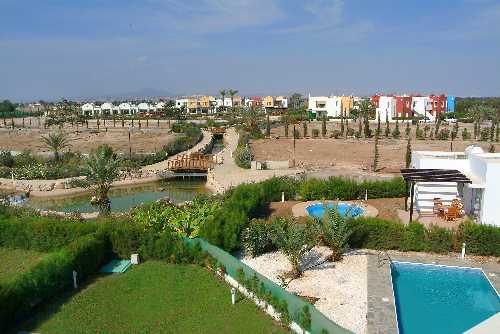 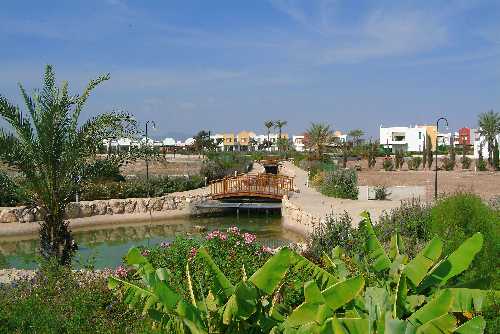 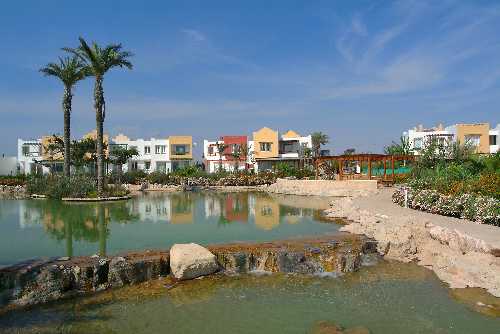 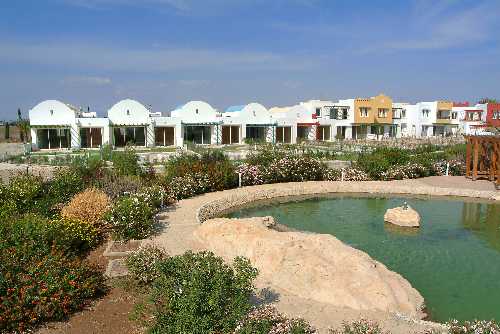 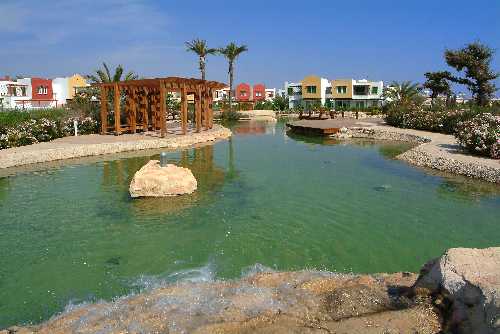 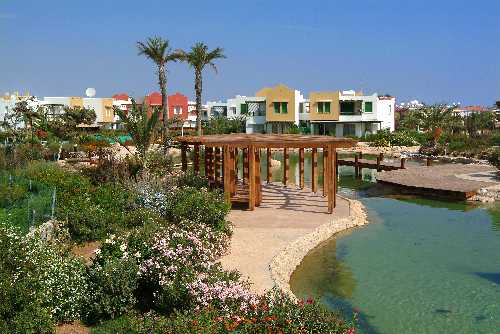 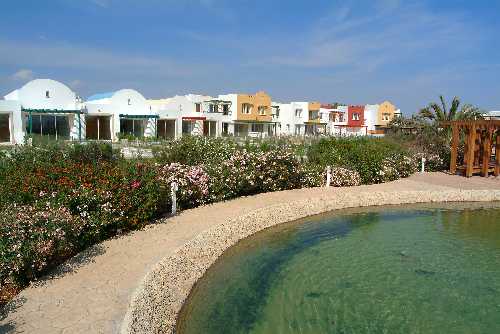 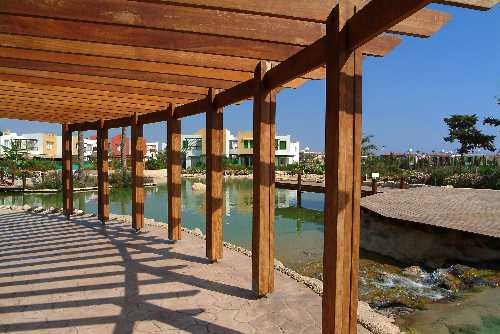 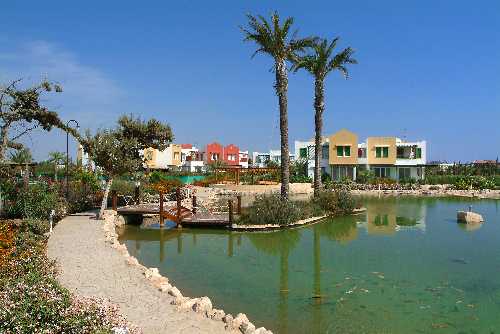