ALEZONE SEA RESIDENCE - is a private residential complex in the Mediterranean, designed for year-round recreation and health promotion.

·         Double-glazed windows in the living room on both sides, retract fully into the wall, potentially combining three areas: a winter garden, the living room and a patio with a jacuzzi and a swimming pool. This increases the space of the living room several fold, making it part of a unique and beautiful landscape

·         All bedrooms are designed as hotel suites - the area of each is more than 30 sq.m. Each one has its own dressing room, bathroom and a small recreational area

·         In fact, the house consists of two buildings separated with anti-seismic seam, allowing it to withstand impacts much higher than the accepted standards

·         According to the idea of the designer – the house is intended to become part of its beautiful surrounding nature. The interior design of the house follows this idea, combing marble, Iroko timber and precious sorts of limestone to mirror the natures beauty

·         The minimalism is in the heart of the house design,  the idea that nothing should distract the residents of the house from contemplating the  beauty of the surrounding nature - the banana plantations that separate the house from the coral lagoon and mountains that carefully guard it from winter wind and summer heat

·         A more than two-hundred year old olive tree is used to emphasize the connection and combination of the surrounding natural Mediterranean environment and the hi-tech style residence. The olive tree is the centre of the winter garden and is located in such a way that it can be admired from almost all the points of the hallway and living room

·         The Winter Garden was designed by George Hristo, a rising star in the field of landscape design, laureate of the European award among young designers. The garden space is a part of the living room, built with the same marble floors as the house itself.

·         The 20-meter long corridor of the second floor is built as a picture gallery with the sea landscapes of Cyprus, painted by the famous artist Natalia Ioannou

·         All built-in furniture has been designed by Vardas Studio and produced under their supervision by Andreas furniture, the leading factory of exclusive furniture

·         Shower screens and mirrors have also been custommade by ALEZONE, providing the longest warranty anywhere on the island

·         All porcelain sanitary ware in the house has been produced by the leading brand in its segment, Villeroy & Boch

·         Built-in appliances in the kitchens are from 2017 and made by Mile Co., the leading brand for appliances

·         The  light design in the house is embodied with 100% energy-saving LED luminaries from the  Italian company Lumin Arte, a leader in the high-end lighting market. More than 150 light sources have been installed throughout the house 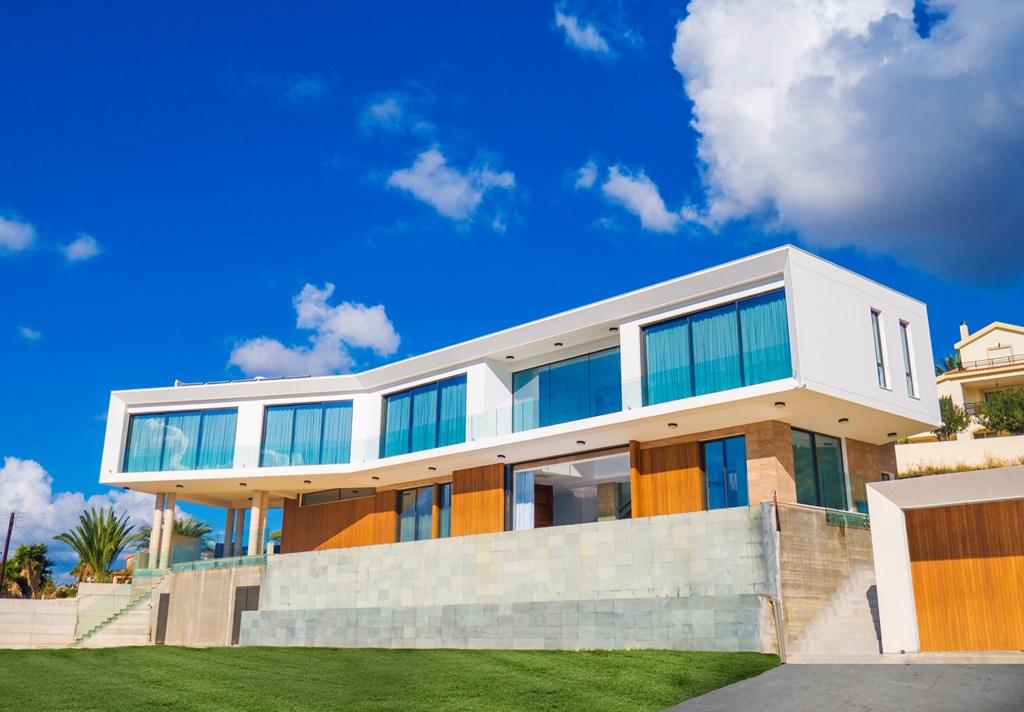 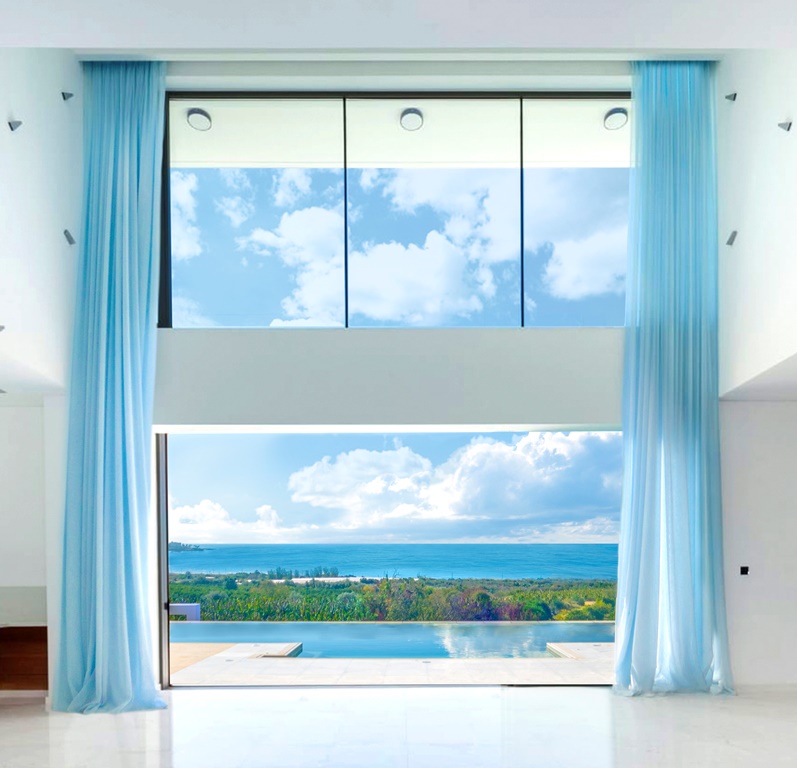 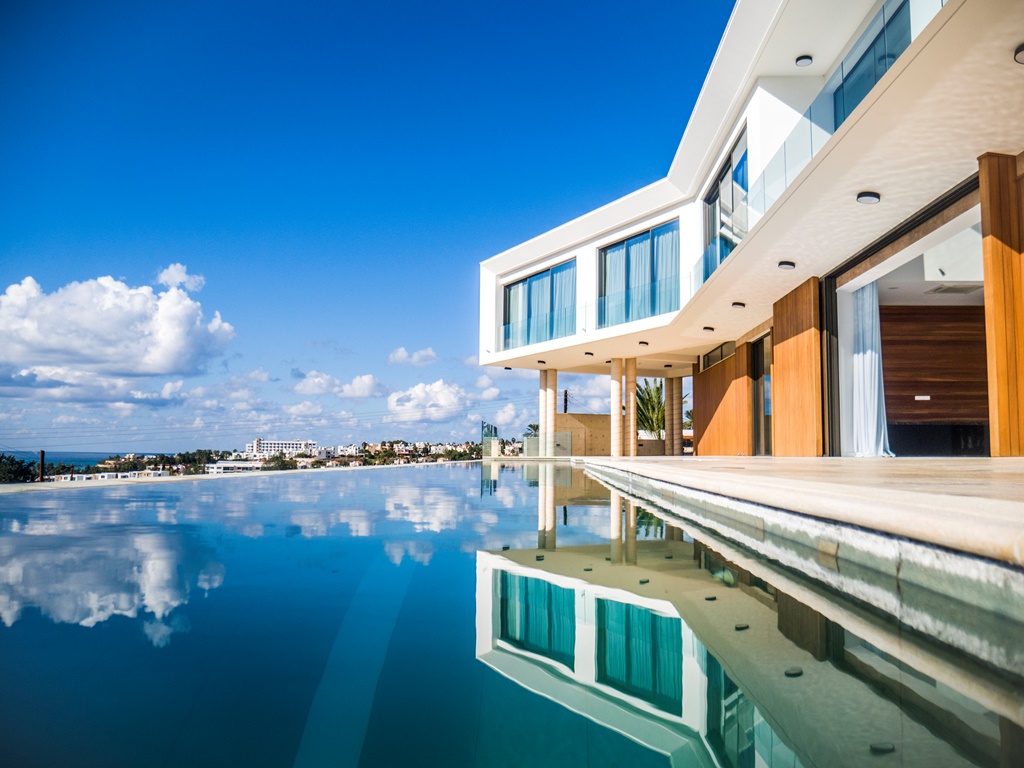 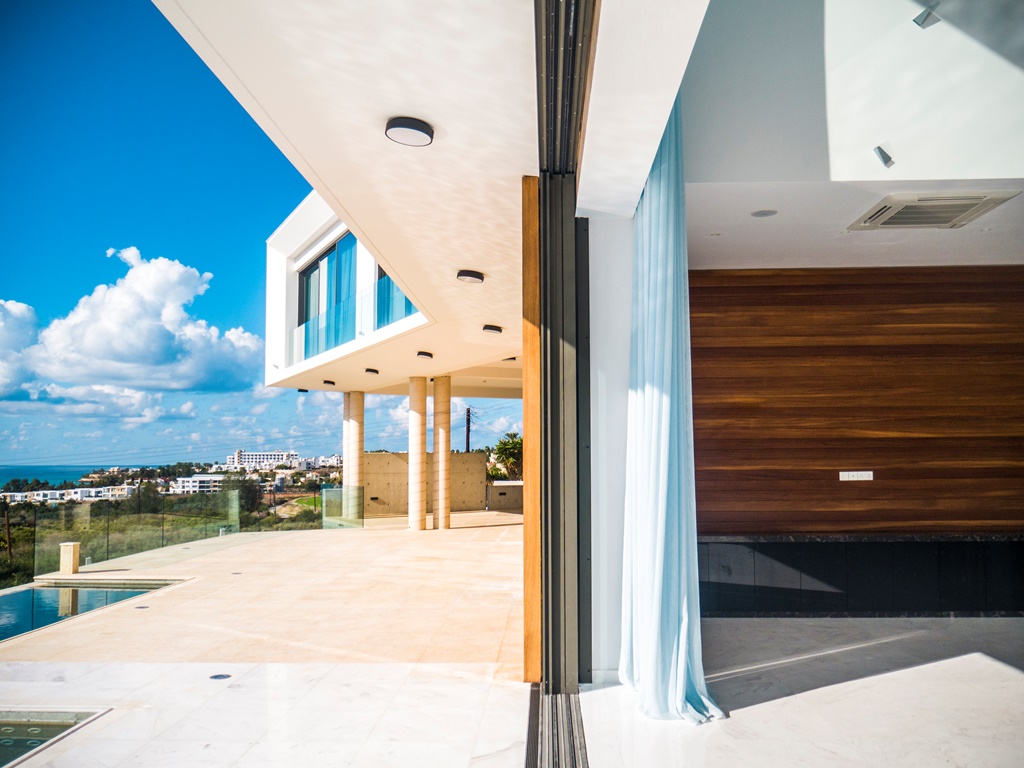 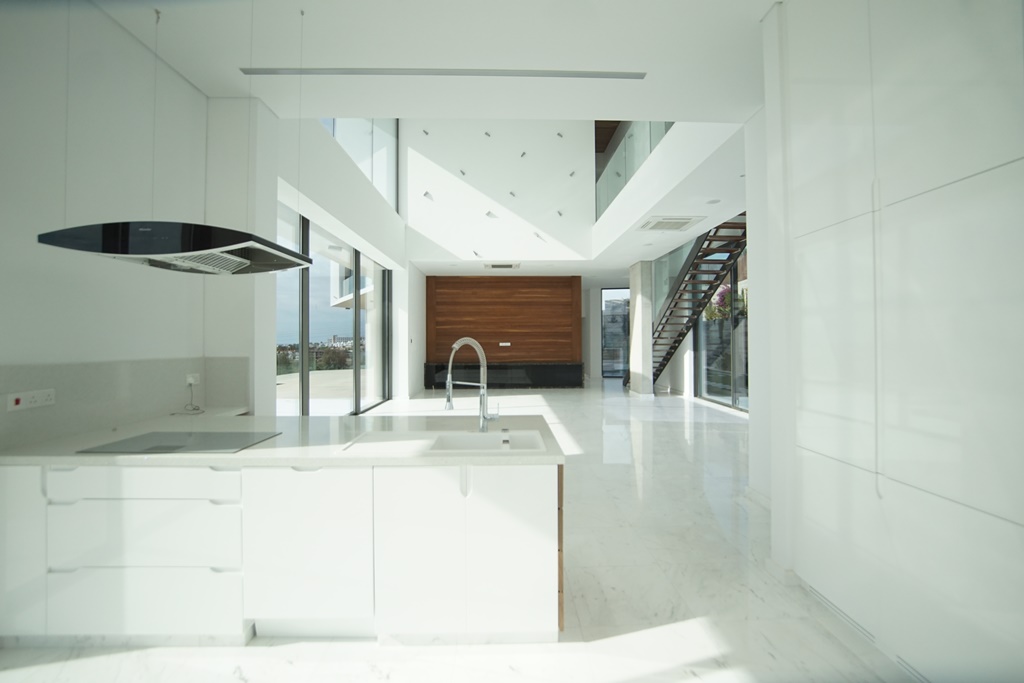 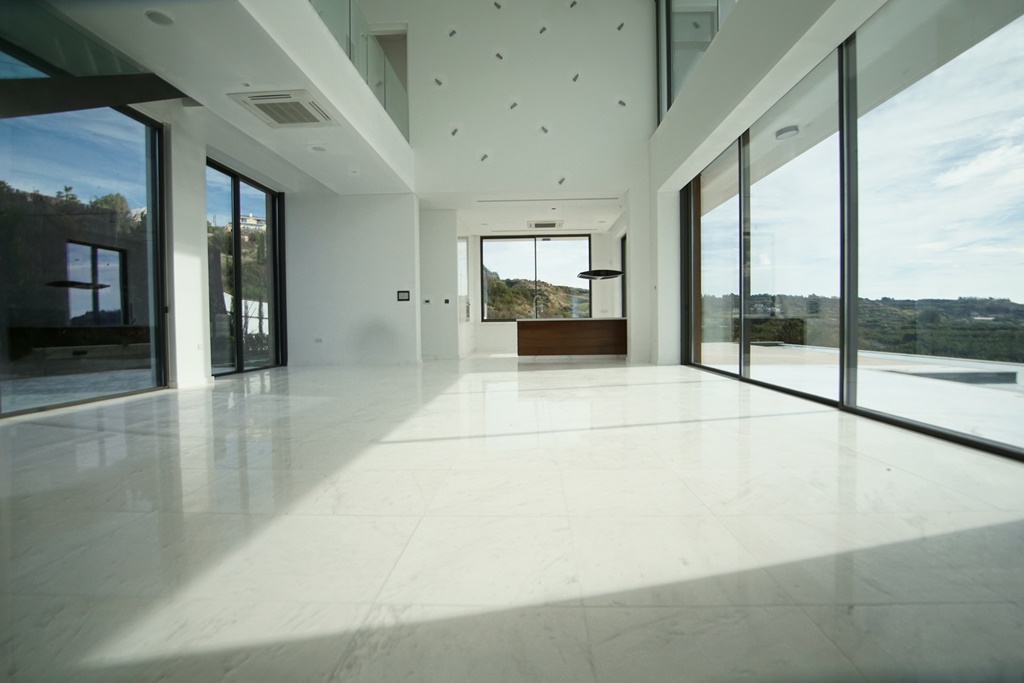 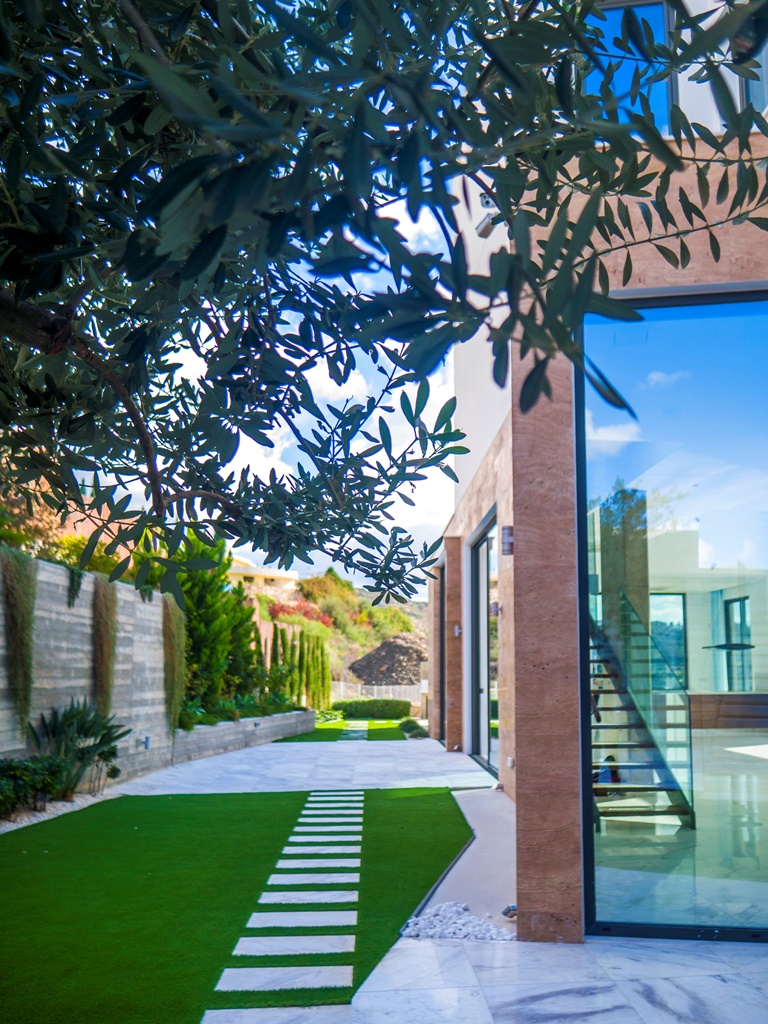 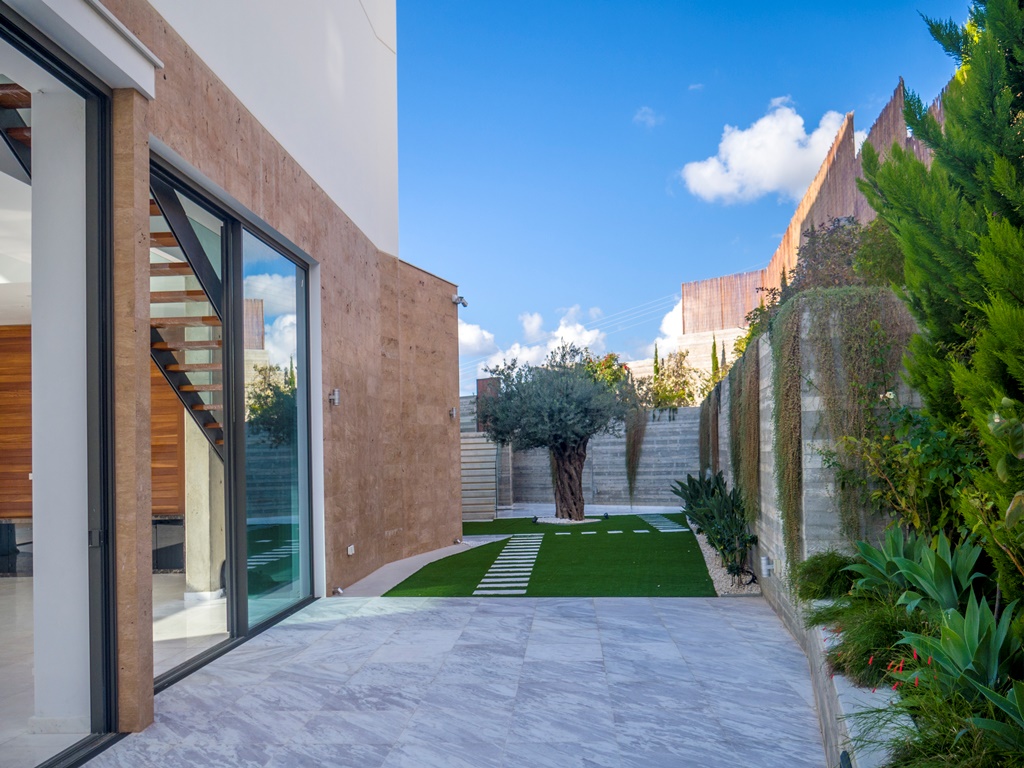 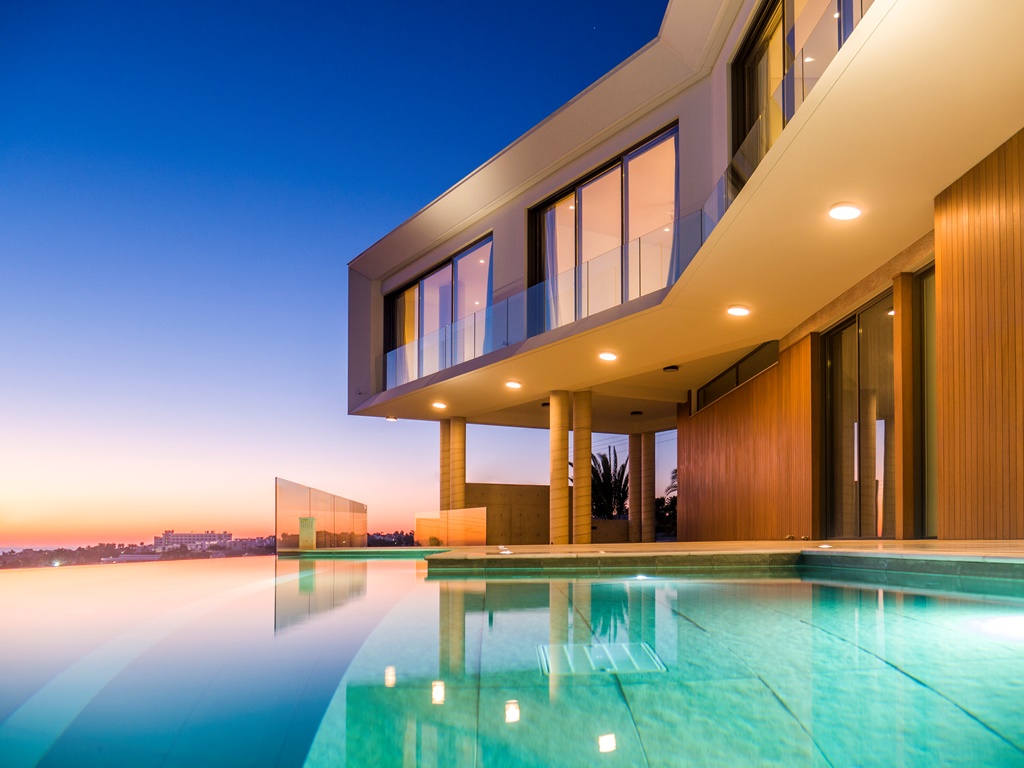 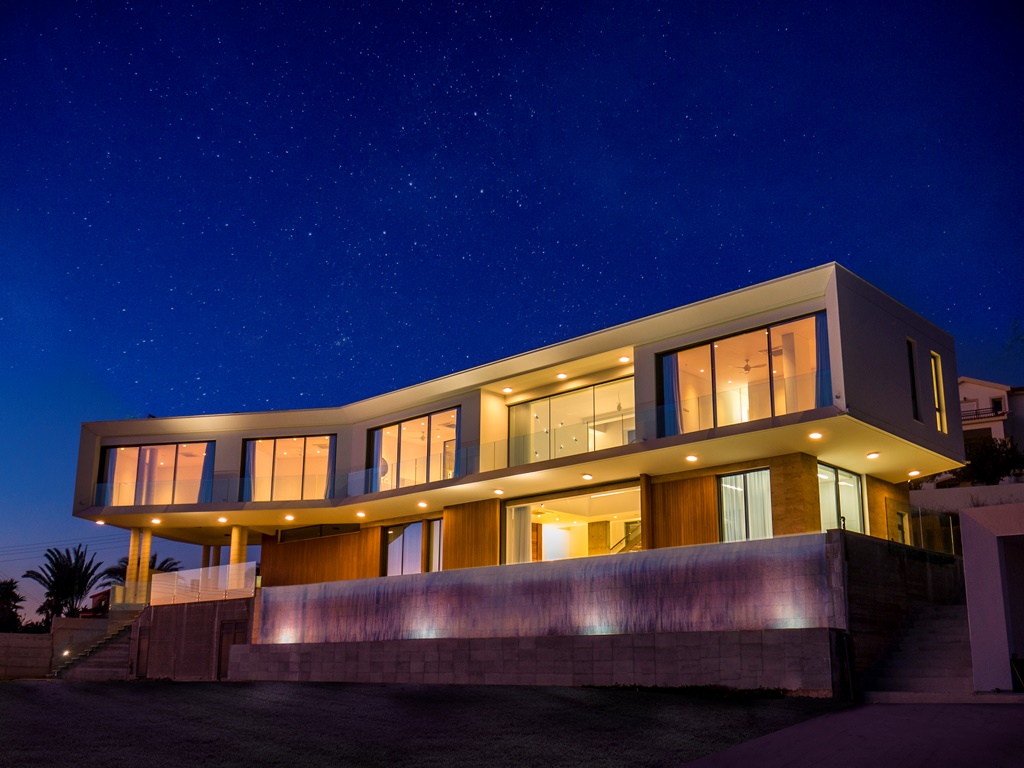 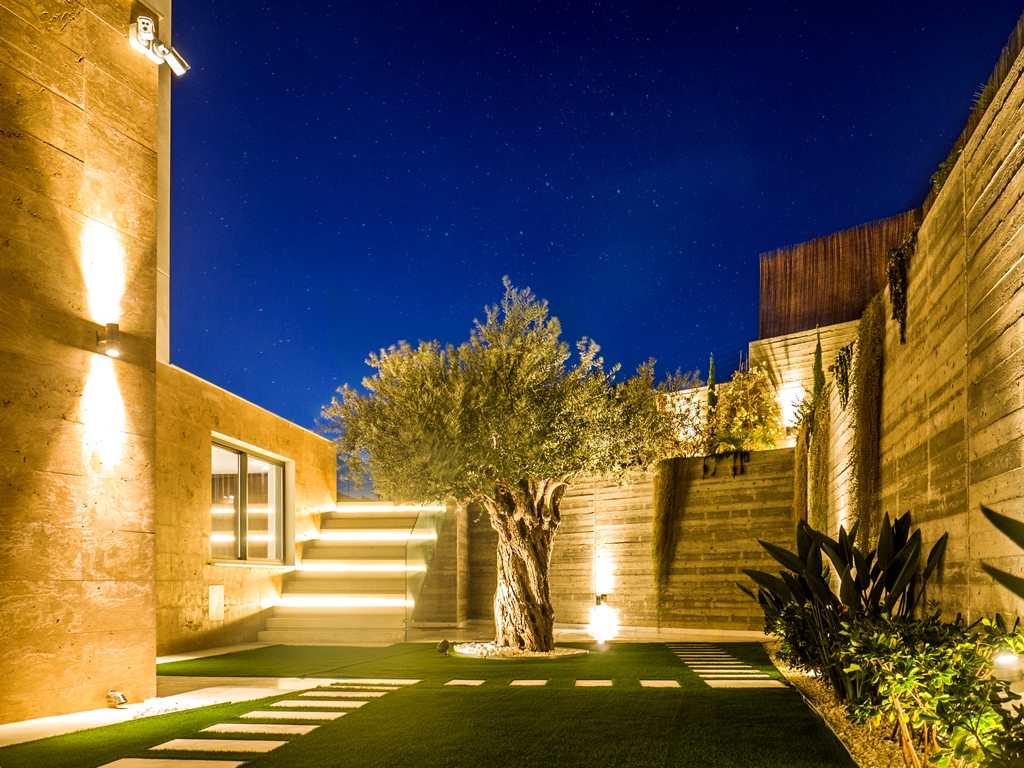 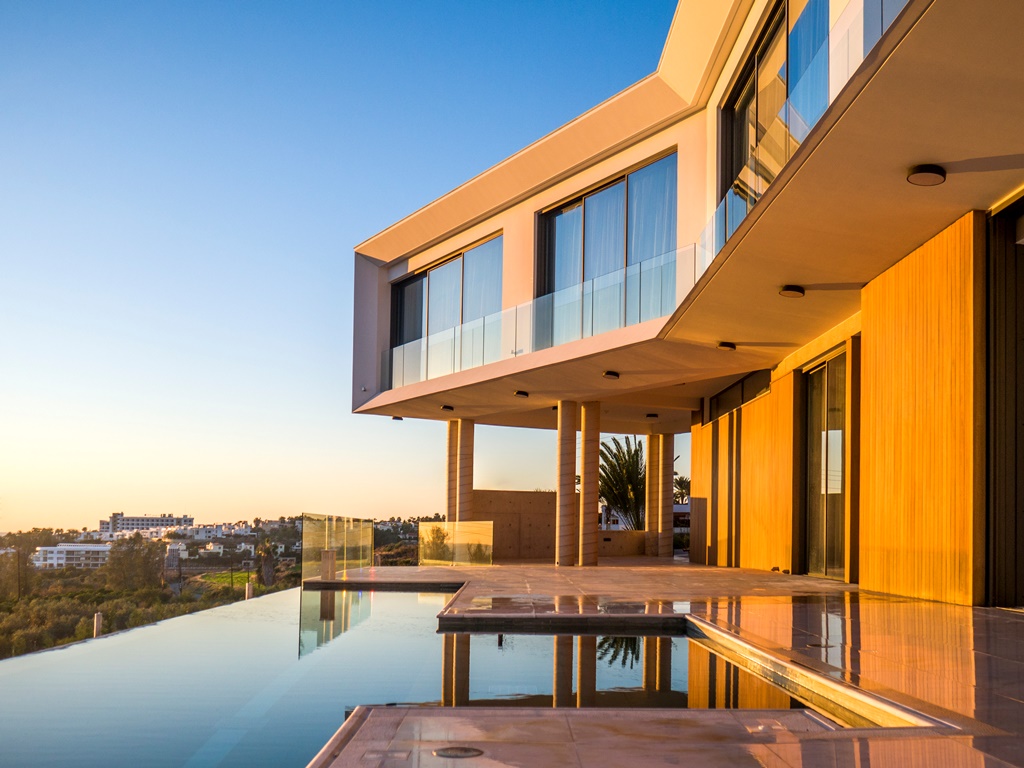 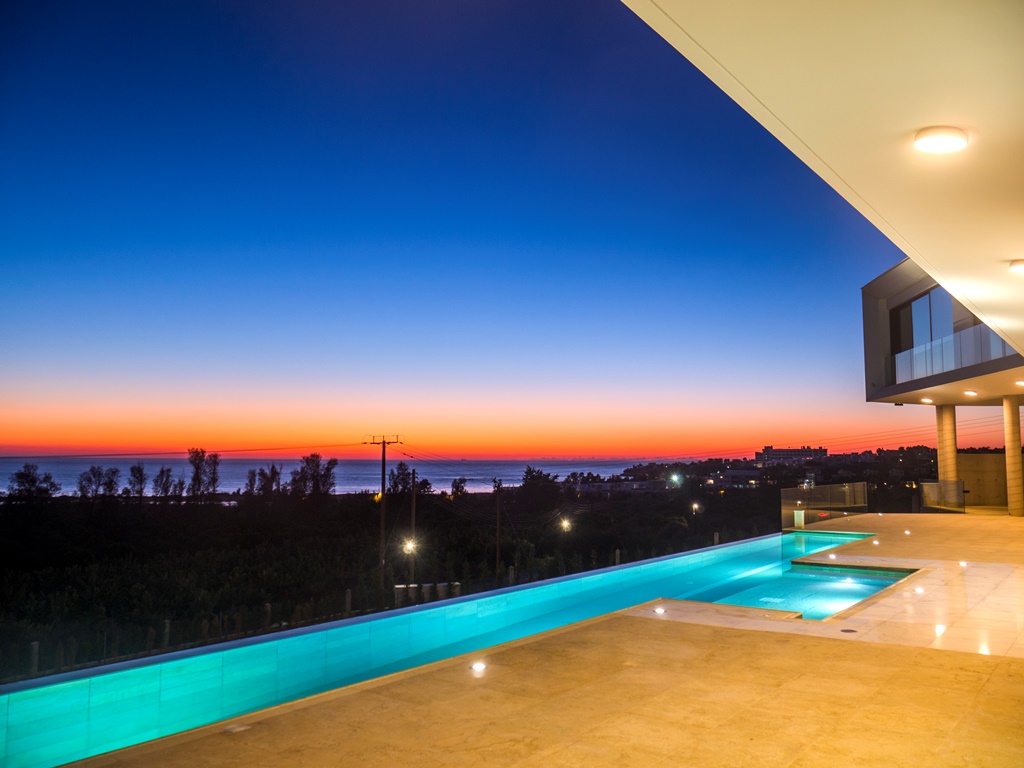 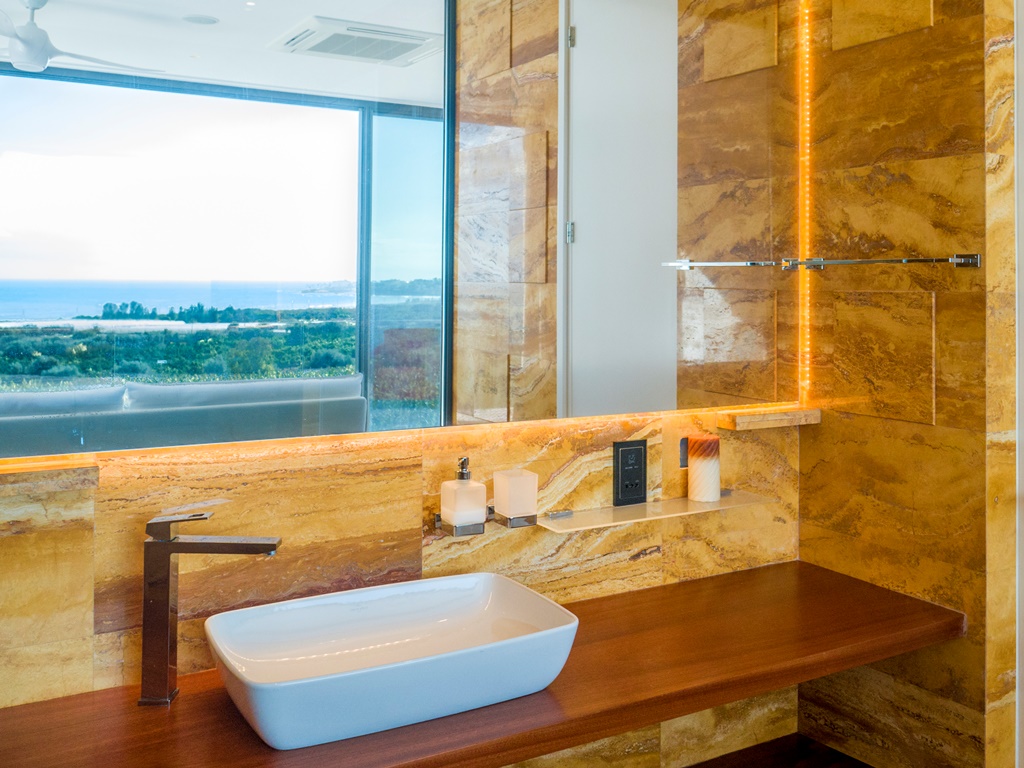 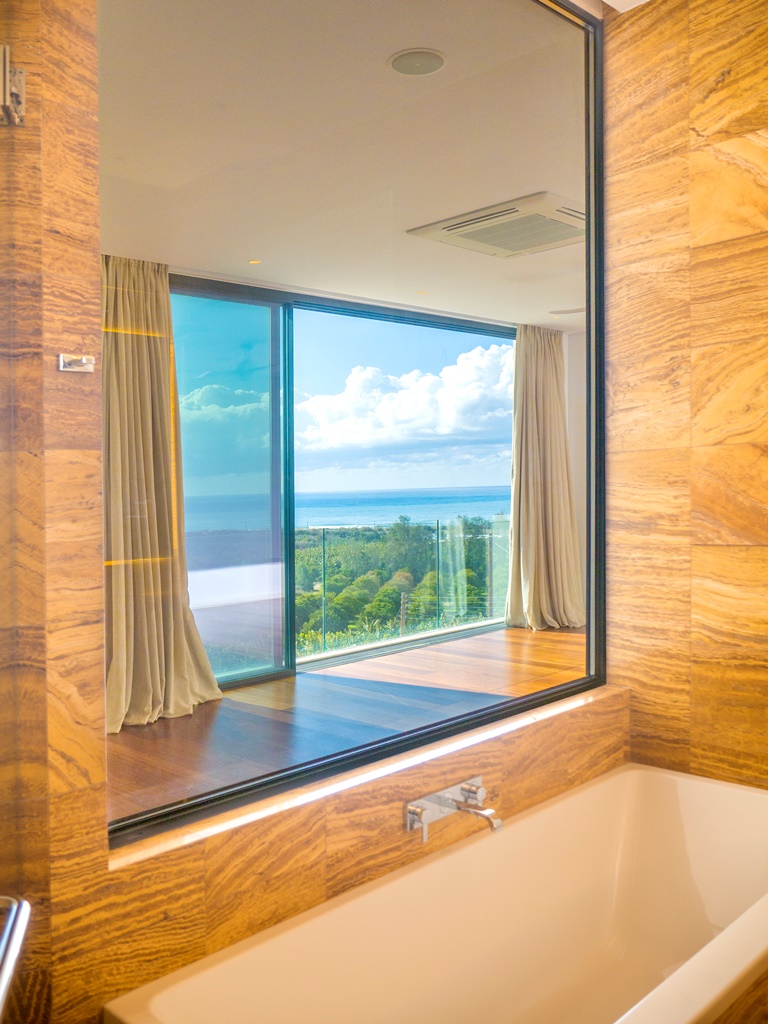 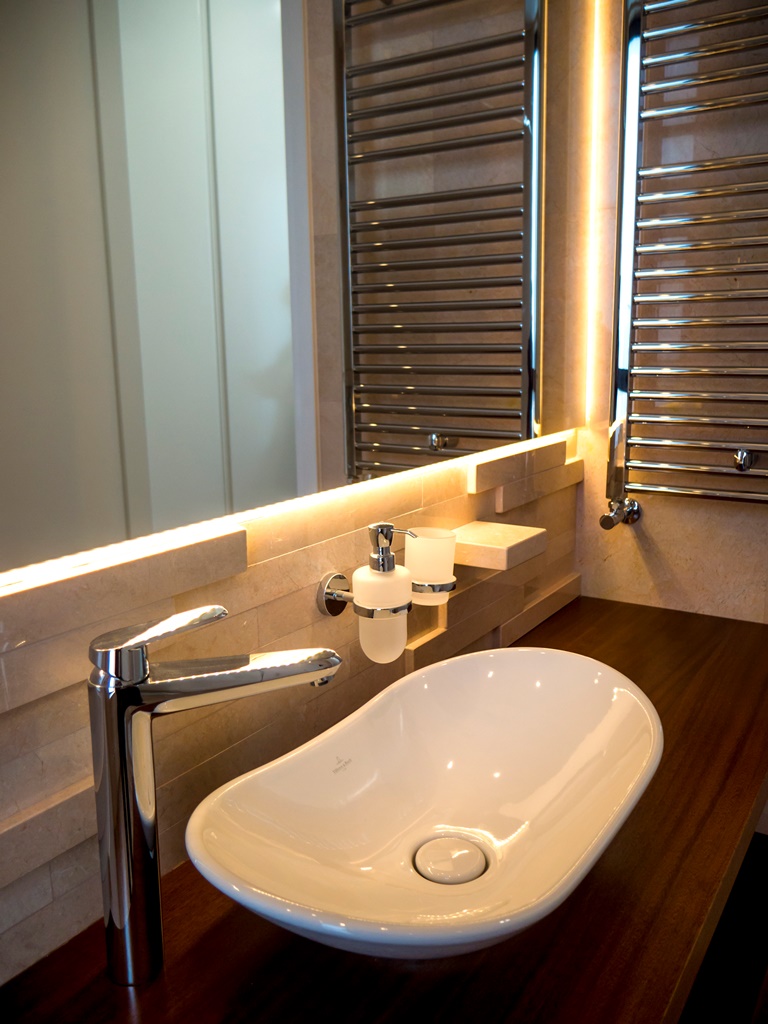 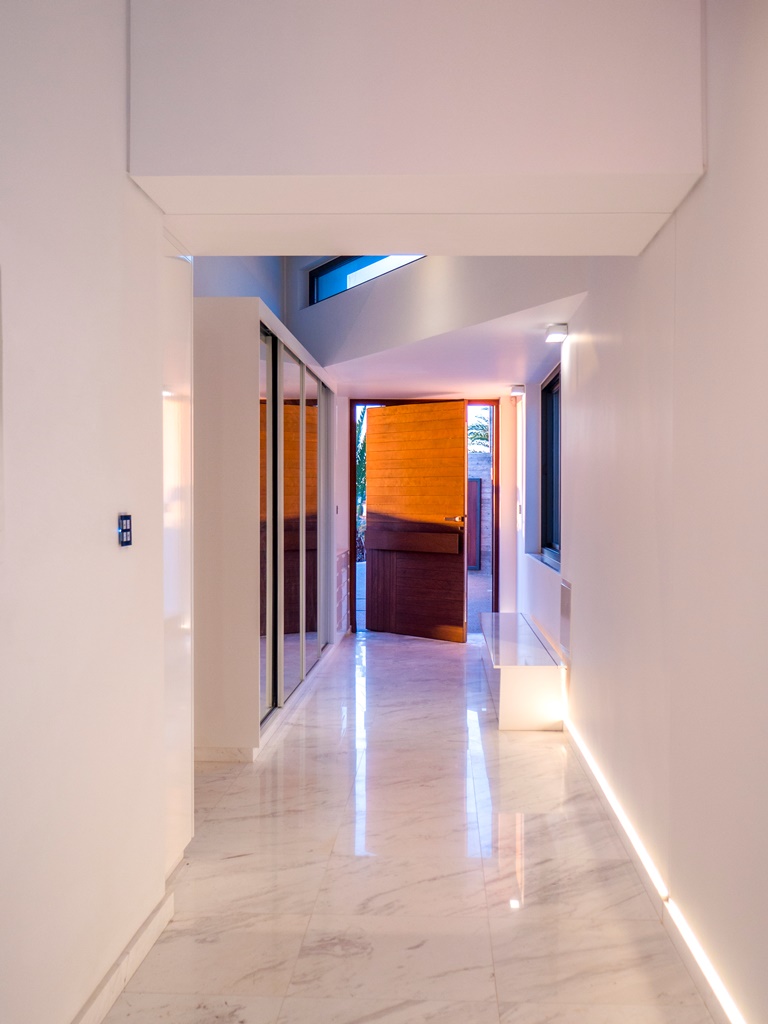 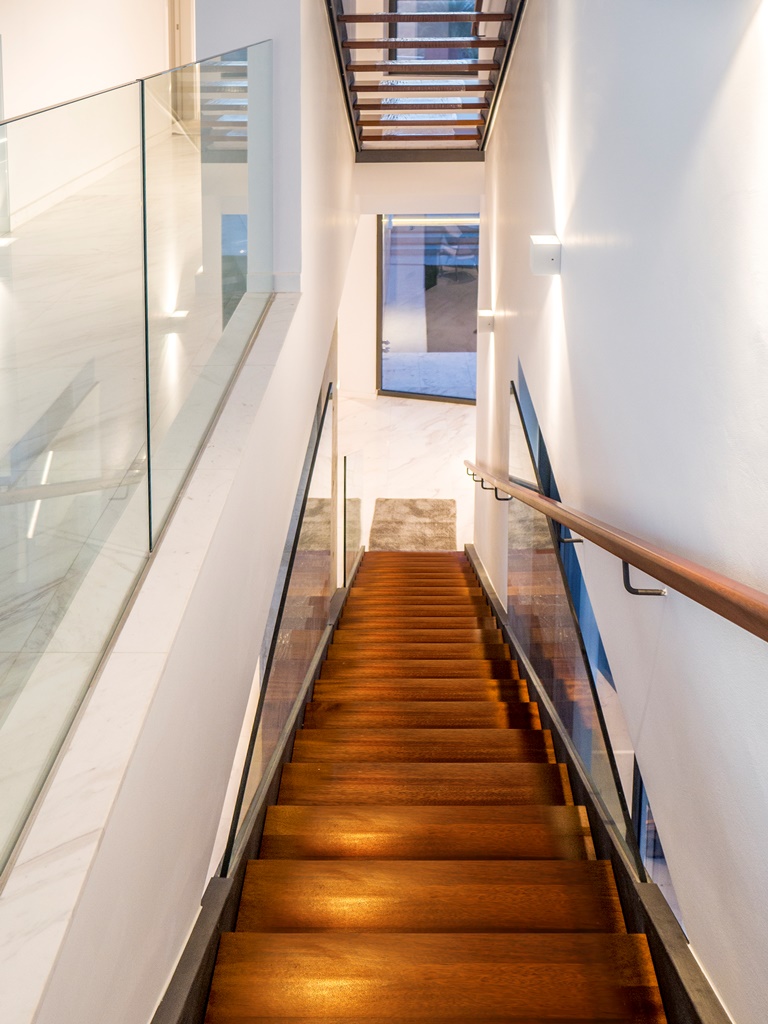 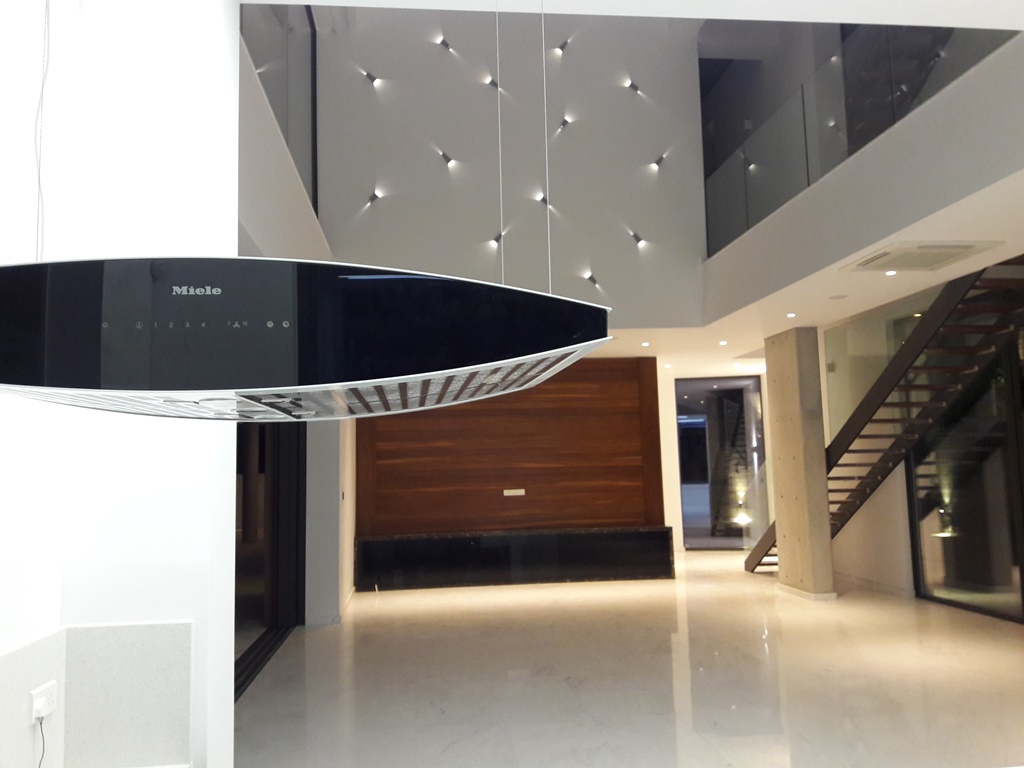